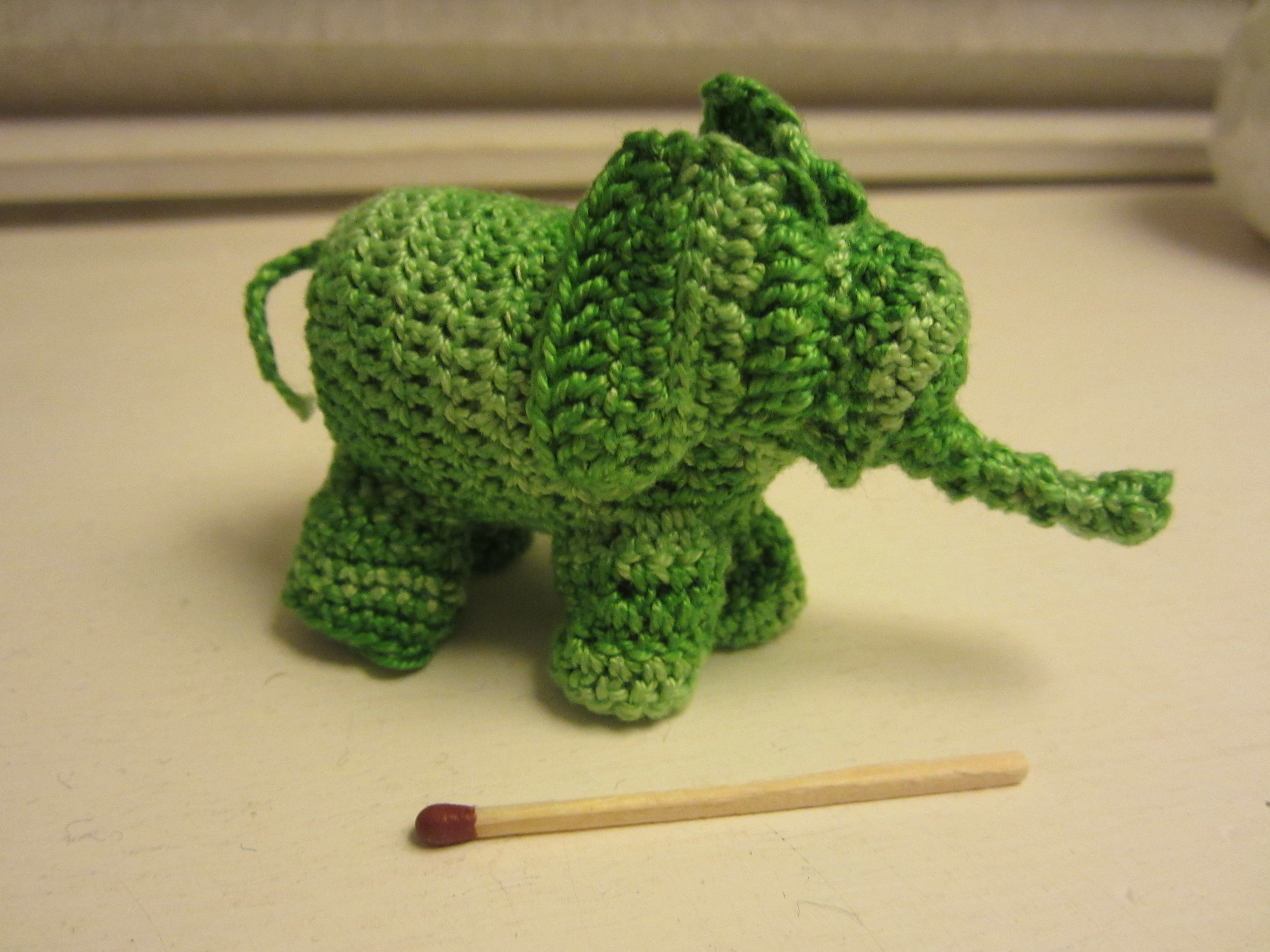 Someone posted a picture of a really really tiny crochet elephant on Twitter. Which led me to the strange japanese concept of Amigurumi. So I borrowed some very fine yarn and a tiny crochet hook and gave it a go. Freestyling an elephant.

It was fun. I guess. Also the part, where a knitting friend caught a thread walking by, and unravelled the ear I just did. More fun later, than during. And after all the trouble you end up with what? A tiny… eh.. thing?!

So anyway I don’t think a tiny zoo is in my future anytime soon. But it was fun. Kind off. 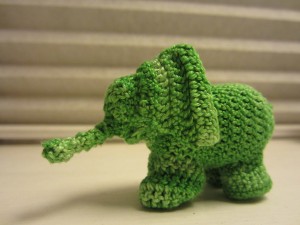