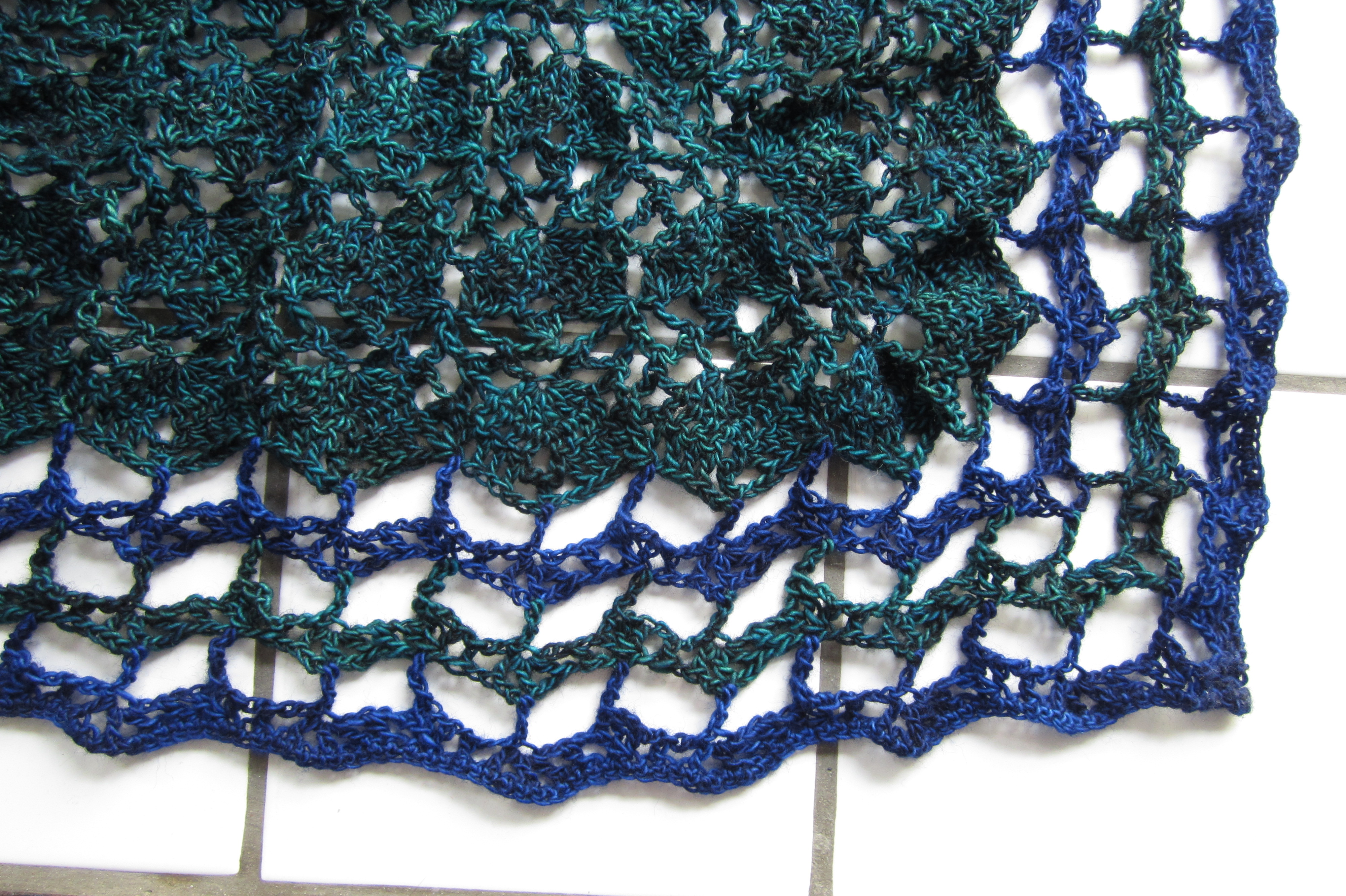 The Tosh is working up to a very nice soft fabric – and the pattern is lovely – After the first few rows I’ve only been using the schematic – I find that so much easier. It blocked to a very nice size, even though it looked a bit small as crocheted.

I realized my bold ”I’ll do an extra pattern repeat, since I have more than enough yarn” was …ahem… a bit premature – so I unraveled the first border row I did, and did a blue / green / blue with a bit of another Tosh Merino Light – colour “Fathom” I had a little bit left from my Klimt project. The border might have been tighter and prettier if I’d switched to a smaller needle? Worked out ok, but the perfectionist type might have redone it for the third time – but I’m not 🙂