Nasa is showing off a 1:1 scale model of the James Webb Space Telescope in Austin during #SXSW – that’s the Sequel to the Hubble Telescope. I was kinda expecting it to be bigger, given that it is the bigger, better, new and improved version of the Hubble Telescope, so my first comment was “Oh! I thought it’d be bigger!” – (Words a girl should never utter, I know).
Like most other space gizmos I’ve seen, it would fit in perfectly to adorn a Gay Pride Pram, all golden-glittery with fancy golden antennas and what-not. This one also comes with it’s own trampoline underneath: 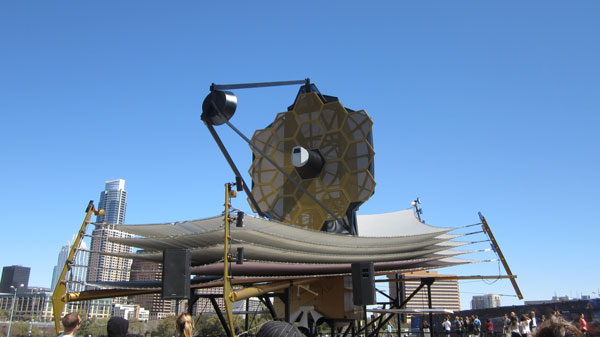 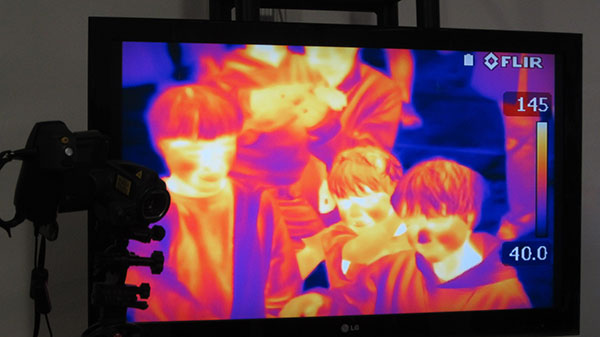 The show was pretty amazing, and very cool for kids: Infrared camera-demo, lots of swag and talk to a real astronaut on video conference. Respect to NASA for spreading their knowledge freely to everyone – as they do all over the internet as well!
And we did learn a few things as well: The James Webb Space Telescope will “see” infrared, hence the gold hexagonal shield. The #JWST will not be orbiting the Earth, but follow Earth (in it’s shade) around the sun. And for comparison the size of the Hubble’s mirror is about the size of three of the hexagonal panels on the JWST.

Here is Nasa’s animation of the JWST unfolding in space:

Lots (and lots) more from Nasa on the James Webb Space Telescope.